Long story short, my back stabbing best friend Melody ratted me out to Phil and here I am on a forced date with Dr. Phil. He is actually a doctor and he looks too fine for his own good. I am almost certain his female patients fall ill on purpose just to see him. How did I meet him? You ask. Well, I attended the University of Johannesburg while he attended the School of medicine Pretoria. We met at a mutual friend’s birthday party in JB and instantly had that “we are strangers in a foreign land” connection but it soon went beyond that as we became friend’s and eventually started dating and it was wonderful. I was head over ankles, toes and heels in love with him and he was crazy about me. It was so bad; I couldn’t have a conversation without talking about him half the time. He would pop in just to say hello, lavished me with love and made me so happy, my friends were rotten with envy. We were in love and everything was perfect. He was perfect. To me, He would never and could never do anything to hurt me; he was my St. Phil, different from all the rest. Hmmm… how wrong I was.
Remembering still hurts, so I bury it all instead.
Currently, we are sitting in this classy five star restaurant and He hasn’t taken his eyes off me since we sat to dinner which was ten minutes ago. I am getting uncomfortable.
“Dr. Phillip Eseosa” I drawl his name giving him an even gaze with my chin up, twirling my red wine in the crystal wine glass. He raises a naturally well groomed eyebrow and gives me a sly side smile. I ignore his beautiful facial features and continue what I intended to say “Why have you brought me to this private, expensive restaurant?”  I ask lazily. “What do you have up your sneaky sleeve that has made you order this very expensive bottle of red wine?” He does not answer. He moves his gaze to my lips.
“You seem quite fixated on my lips so read them when I tell you that if your mission is to bed me one last time for good old memories sake, it won’t happen. You best believe that.” I say as I angrily drop the glass of wine on the table. Why am I still so angry at him? He hasn’t said a damn thing to warrant my outburst. Calm down Mona, be calm. Damn it! I am so angry.
“You have every right to still be angry with me. I am not surprised that time hasn’t healed the wounds I inflicted on your heart but all I am…”
“What? So now you are a poet?” I shake my head; gulp down the contents of my wine glass, grab my purse and I am on my feet in very few swift moves.
“Thank you for the wine, it was exquisite.” I say snidely “Don’t ever come looking for me.”
He doesn’t say anything till I am about to walk past him “Lisa, please don’t leave” He pleads calmly and I almost return to the table but I walk past instead. Next thing I know, he is in front of me, strong arms are around my waist and I am pulled towards solid male physique. 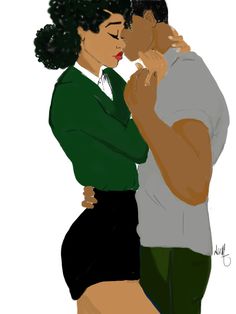 This unexpected gesture sends my heart racing as the seductive scent of his cologne hovers around my nose and I swear, I just want to be in his arms again like old times. Memories long buried waltz in front of me.
“What do you want Phil?”
He turns me around and wipes the tears streaming down my face with his blue handkerchief. I didn’t even realize I was crying. Good job Mona, this is just great! He holds me and leads me to our table.
“I am sorry to barge in on you the way I have. It was not my intention. I came back into the country a year ago to start private practice and I swear to you, you were the first person I wanted to find but I could not summon the courage to especially with the way things ended between us but when I saw you at the mall, believe me, I knew that instant that my fate is bound to yours and even though I know I do not stand a chance, I just cannot give up on you…. Lisa, there’s no other way to say this. I am sorry. I am sorry for everything, for the harassment, the pain, the hurt, for everything you went through because of me. You did not deserve any of it. I was an asshole, a douche bag, name it but I love you. Monalisa, I am in love with you. Always have been…” it was my turn to stare at him because I lack the means to comprehend anything at the moment.
All I could think of was the pain that rendered me speechless and brought me to my knees the moment I walked into Phil’s two bedroom apartment on South Street, Pretoria, St. Valentine’s Day 2013. I had decided to surprise Phil after giving him series of reasons why I would not be able to spend Valentine’s Day with him meanwhile I had planned to surprise him by hiding out in his bedroom the day before Valentine as I had a spare key and I knew he would have classes during the day. However, when I walked in, Dova, that snake who was his neighbor, that two faced conniving bitch who was always so nice to me whenever I visited Phil was straddling him, 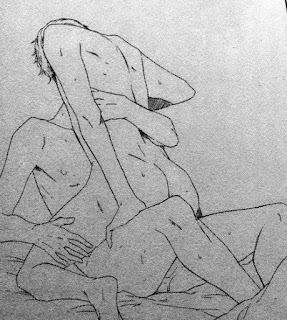 The following weeks are bliss and all has been well. We hung out and spent a lot of time together. 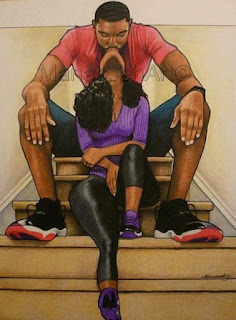 I even strip teased him in the revealing cat woman suit I bought to tease Tega and Phil took me to the moon in it. He is better in bed than I remember and by the time we were done, I could not move or feel my legs. I know, it’s not right but I can’t help it. I am having fun, I feel young again and Phil is the only man I want to be with. There is a little snag though, I am still seeing Tega. Although we have not seen or contacted each other since our last meet (that’s the rule) our next catch up is due in three days. I have to end this but I don’t want to rush things. I don’t know where this relationship with Phil will lead yet.


Melody and I are discussing the various ways I could dump Tega when the doorbell rings.
“People have to stop interrupting our girly time like this” Melody says and goes to check who is at the door. “Mona, someone is here to see you.”
“Who is it? I’m not expecting anyone” I walk up to the door and before me is Tega’s ex-military driver.
“Good evening, my boss asked me to give this to you.” He hands me a small bag. I look inside and it seems there is nothing in it so I reach in, what I feel is cold, I bring it out and scream, Melody joins in when she sees what I am holding. We both run out and sitting outside our gate is a brand new 2015 Mercedes- Benz G-class. I cannot contain my joy. What??? Tega got this for me?
His driver gives strict instructions not to call him. “Do not call him, he will call you himself” he says in a stiff, no nonsense tone but I don’t care; I hug him joyfully and tell him I understand. He conceals a small smile as he leaves.
Later while we had calmed down, Em and I discussed how difficult it would be to let Tega go.......

Popular posts from this blog

Ode To A Vintage Soul

January 09, 2018
November 26th, 2017 will never remain the same for me. You died same time I set my alarm to wake up on Sunday mornings. 6:30am on Sundays will always remind me that you are no longer here.  I miss your bubbliness, your laughter, your sarcasm, your humor...
How do I summarize your being in two lines Gogzy?
Classy diva with a sense of humor and brains for ages sounds just about right.
I'm more than glad I got to meet an amazing person like you in my lifetime.
Saying goodbye is difficult but I know I will see you again Gogzy.

January 24, 2018
The world is constantly changing Things happen and change faster than you can blink One moment, a person is here. The next, he is in Valhalla You can be wealthy today but one decision can catapult you to poverty.

I wrote 'Soulmates' because I wondered what it would be like to fall in love so deeply that living without the other person would seem impossible. A love so intense that nothing can come between you and your beloved.
The poem below is what I envisioned it to be like. Enjoy:

Miriam David
Ikeja, Lagos, Nigeria
I am a complicated person who likes simple things. I am an open book that is difficult to read.