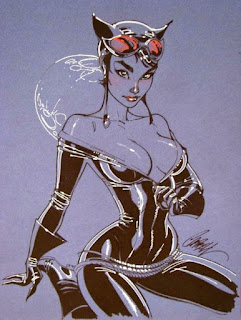 
I am wearing a revealing cat suit and doing a strip tease for Tega. My mind keeps replaying the hungry look in Paul's eyes as I twisted and twirled on and around him two nights ago. Unlike Paul's, Tega's lust filled eyes do not stimulate my core. Tega notices.

“What’s the problem? You seem distracted today.”
“I’m okay Teg’s” I smile and lie on his large body.
He holds me “What is the problem?”

My heart wanted to tell him but my long throat responded “It’s my mom. She needs money to start up a business but we do not have the funds to set her up. It is really bothering me.”
“Is that all?” I nod my head.
Tega picks his phone and dials a number “Ifeanyi, how are you? Good. I need you to do something for me. I will text you an account number. Wire five million naira into the account. It is urgent. Yes, thank you.”
My mouth agape “Did you just ask your accountant to wire... Jeez!'
“If  it is not enough, I will send more by the end of the week.''
“What?? No! That is more than enough.” I am overwhelmed. All that money got me feeling grateful and I am going to show him how grateful I am. I go down on my knees, pull down his shorts and put his...
Tega insists on dropping me at home today. I can't help but imagine Phil watching me from the gate of my apartment as I give Tega a goodbye kiss before highlighting from his car. This fills me with dread. Just as we step out of the hotel, he holds me close and kisses me on the lips. A bright light nearly blinds me. When the momentary blindness passes, I cannot believe the scene before me. Cameras! Cameramen, reporters? What is going on? Why are they taking pictures of us? He pulls me toward his car. He drives off cursing and banging his big fists on the dash board. He pulls up after a while and asks me to get a cab. He does not want any one tracing me to my apartment
I call Melody to come pick me up and when we get home, tears surge willingly out of my eyes.
I just lost everything including Phil.
Melody let me cry.
By morning, my pictures are on every blog and newspaper in the country, memes of Tega and I have been generated. I am beyond devastated. The captions are heartless.

How wife of business mogul Tega Omokaro, caught him in bed with call girl.

The most forgiving ones -

Who gave them the God forsaken notion that I am a prostitute or runs girl? I was his mistress you fucking idiots. The comments on some of these blogs were downright annoying. One of the well-known blogs in Nigeria wrote this crap;

Trouble in paradise as strumpet wrecks Tega Omokaro’s marriage of 27 years.
Trouble looms in paradise as wife to multi billionaire entrepreneur and youth mentor, Tega Omokaro exposed his humiliating relationship with a call girl, Monalisa Okafor (pictured above). Lady Cleo Omokaro nee Bassey said in an interview with Punch newspapers that she had suspected her husband of infidelity but he would deny the claim whenever he was confronted. She still had her doubts so she hired a private investigator that made friends with Tega’s driver. The unsuspecting driver revealed details of the ongoing relationship between Oga and Monalisa and how he spent a lot of money on her like someone bewitched.
Scorned by this discovery and believing her husband has been jazzed, she decided to expose the relationship. I am sure there are other ways to have handled the situation but then, most people do not make rational decisions when they are emotional. Tega Omokaro has since refused to comment on the matter at hand. He and his wife got married when they were only 18. He made his bread very early and their marriage is blessed with two handsome men aged 25 and 26 respectively. I hope this storm blows over quickly.
Rita Ansa at 7:45 AM

Siffy Ann February 4, 2016 at 802 AM: na wa o! This fine girl too na prostitute? Oga Tega’s wife sef! She went as far as hiring a private investigator to follow her husband and then turned the water on full blast on him when she confirmed he was cheating on her. Buahahahaha! She should work for the FBI mehn!
Reply

WILL EMMA February 4, 2016 at 9:11 AM:  This girl is the biggest fool of the century. She can work anywhere but she is fucking this hypocrite. She is obviously not smart. Why else will she prefer to fuck an oaf instead of finding a job? She get ynash sha! Choi! Next!
Reply

Sexy Joy February 4, 2016 at 9:30 AM: Na God go punish this man o! So while he was releasing mantras on moral standing and Godliness, he was busy smashing this mgbekwe. Rubbish.

George Clooney’s Brother February 4, 2016 at 10:30 AM: Idiot, you sef get mouth dey talk. I sure sey na mechanics dey knack you. Hypocrites everywhere. I sure sey you no fine reach this babe jealous Ugly bitch.

OVYGAGA February 4, 2016 at 11:50 AM: Lobatan, his ynash af open, I don’t blame him sha, the girl fine like winch but she is hoeing her fine ass out to fat old men.
Reply

This one almost drove me mad:

Anonymous February 4, 2016 at 11:55 AM:  damn! I know this girl o! She could form from Nigeria to Japan when we were at Nsukka   that she was from a wealthy family when we knew she had sugar daddies everywhere. She even slept with lecturers for grades. No jokes. I’m glad her prostituting ass has been exposed.

I did not even attend secondary school in Nigeria! Why are people so mean? My mom and dad would read this! My mom will have a heart attack, my dad will never speak to me again. Why didn't I end this when I had the chance? My phone has been ringing nonstop with calls from Phil, my parents, my friends and family members. Damn it!
“Just turn off your phone” Melody suggests. I ignore her. 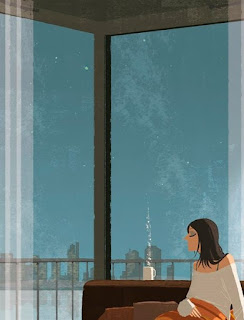 Photocredit: Pinterest.com
“Stop reading the blogs and comments babe. Let them say what they want. How many girls get 10 million naira out of a 2 month affair?”
“The money doesn’t mean anything to me now. I just wish this never happened” I sniff and blow my nose.
“Emm… so you don’t mind transferring it all into my account?”
I glare at her.
“That’s what I thought. Babe, the way I see it, you are a star, you should cash in on it. I am ordering pizza. You want some?”
“Some comfort food will be nice.” One of the many reasons I love Melody, is her ability to trivialize even the most problematic issues.
An hour later, our pizza arrives and Melody goes to get it. “You can’t come in…” I hear her saying.
“What’s taking so long?” I get up to go see what the problem is. Next thing I know, Phil is standing in front of me. I am praying for the ground to open up. I would gladly jump in.
“You have not picked my calls all day.” His voice is hoarse but calm. Instinct tells me there is controlled anger brewing underneath his calm demeanor. I am speechless.
“You have been crying. Are the rumors true or not?” I look away, twiddling my fingers under my brown long sleeve cashmere top.
“Answer me damn it!” he growls and punches the wall. Melody screams. I shudder breaking down in tears.
“It’s true.” I reply looking him in the eye this time.
“You are… a whore?” He says bemused. Melody quietly sneaks out of the house.
“No! I am not...” I bawl at him “you of all people should know that.” I am crying uncontrollably now and stammering. “Even if the newspapers write all that stuff about me, you of all people should know it is not true.”
“You were his mistress.” I do not respond. He is pacing back and forth.
“How long Lisa?”
“Two months.”
“Okay, that was before we got back together.” He does not say anything for a minute or two.
“Were you…, did you sleep with him after we got together?” I cannot seem to stop the tears from pouring.
“Fuck!” he growls again and punches the wall. I am increasingly getting worried about his knuckles.
He is breathing hard now and I am getting scared that that punch might land on my face soon so I move further away from him.
“When? How many times?”
“It’s not important”
“Don’t play dumb with me Lisa”
“Yesterday”
“Yesterday? You told me you were ill and needed some alone time?”
“I am sorry Phil, It was going to be the last time I swear.” He walks out of the door. I never hear from him again. Tough love huh?
Everything blows over in two weeks, Tega stopped contacting me after he sent an sms apologizing for the embarrassment. He sent an extra five million naira for damages. That certainly healed my bruised image. I used the brief publicity and new found fortune to start up my line of beauty products and promote my line of Beauty products, Mona.
I will be getting married soon to the love of my life, Phillip Eseosa. Incredible! Right? I know.
Apparently, he could not stay away from a certain somebody for too long. We made up, he proposed and we are getting married soon. As you would expect, Melody is my maid of honor and I will be hers two months after my wedding. She will be getting married to Phil’s best man, Dele Ogunnusi. All is well that ends well. Who says you cannot eat your cake and have it? 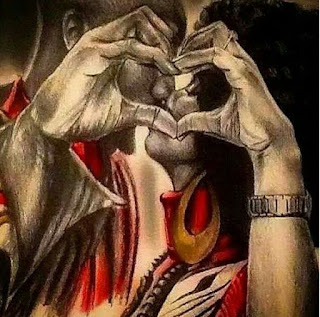 Popular posts from this blog

Ode To A Vintage Soul

January 09, 2018
November 26th, 2017 will never remain the same for me. You died same time I set my alarm to wake up on Sunday mornings. 6:30am on Sundays will always remind me that you are no longer here.  I miss your bubbliness, your laughter, your sarcasm, your humor...
How do I summarize your being in two lines Gogzy?
Classy diva with a sense of humor and brains for ages sounds just about right.
I'm more than glad I got to meet an amazing person like you in my lifetime.
Saying goodbye is difficult but I know I will see you again Gogzy.

January 24, 2018
The world is constantly changing Things happen and change faster than you can blink One moment, a person is here. The next, he is in Valhalla You can be wealthy today but one decision can catapult you to poverty.

I wrote 'Soulmates' because I wondered what it would be like to fall in love so deeply that living without the other person would seem impossible. A love so intense that nothing can come between you and your beloved.
The poem below is what I envisioned it to be like. Enjoy:

Miriam David
Ikeja, Lagos, Nigeria
I am a complicated person who likes simple things. I am an open book that is difficult to read.